In Honor Of Michael Gilden. 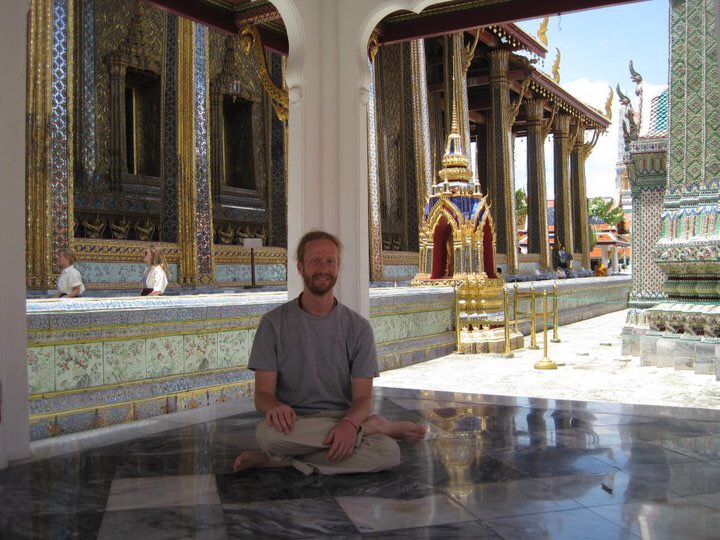 “All Conditioned Things Are Impermanent – When One Sees This with Wisdom, One Turns Away from Suffering”
The Buddha (The Dhammapada v 277)

It is with great sorrow that we announce the passing of Michael Gilden. He was with us for more than 25 years sharing Dharma teachings and practices. Today we bid him farewell and deeply pray that he attains rebirth in the “Pureland” and swiftly accomplishes the state of full enlightenment.

Michael has been a student of His Eminence Namkha Drimed Rinpoche for over 22 years. Following is a message from His Eminence to all of us as Michael continues on his journey.

“His Eminence said that he was saddened to hear of Michael‘s demise. Michael has been a close student of HE for many years and demonstrated a lot of faith and devotion. His Eminence did Phowa for Michael as soon as he heard about his passing and is currently leading the Monlam practice in Kathmandu each day, dedicating this practice for the benefit of all sentient beings. During these last few days HE has been doing a special dedication for Michael.  He also stated that it was very unfortunate that Michael was so young; therefore, all of us must remember that no one can guarantee who will die first among the young and old. We should not wait any longer to do what we need to do within our own individual practice. He advised that all students who have been close to Michael and cared for him, to please do Mani Mantra and Vajrasattva Mantra repetitions, and for those of us who know how to do the corresponding practices, please do them and dedicate the practice for Michael’s benefit.

In reflection, we take to heart the preciousness of this life. As we contemplate this precious human birth, let’s all join hands as one family and seek blessings from our Guru and all the Buddhas and Bodhisattvas to be able to use this life for the highest benefit of all!

This precious human existence is like an flower, difficult to attain.
If found, it is of greater benefit than the wish-fulfilling jewel.
However, having attained such a precious existence just this once,
We do not accomplish the ultimate aim of great benefit,
But instead waste it meaninglessly.
Guru embodiment of the Three Jewels, look upon us with Compassion.

“I was so shocked and saddened to hear about Michael Gilden’s passing.
Michael and I have been Ripa sangha members for 22 years. We are among the first American disciples of His Eminence (along with his sister Katrina). His Eminence first came to the US in 1996 and spent several weeks at Rigdzin Ling in northern California where Chagdud Tulku was leading a five-week Dzogchen retreat. His Eminence and his youngest daughter Tsemo Tseyang (now the Sakyong Wangmo) and several monks arrived a week or so after the retreat had begun. His Eminence must have seen that some of us 50+ attendees were bogged down by our Kleshas so he and his entourage, along with the Chagdud Gompa Tibetan lamas, conducted Pujas to dispel obstacles for us. We were all assigned hundreds of thousands of Barchad Lamsals to accumulate over several days.

It was an intense retreat. I found relief from the intensity by hanging out with Michael and Katrina. They were so funny and full of life while everyone else was so serious. I remember playing frisbee out on the lawn with them, probably while we were supposed to be meditating. Michael and Katrina were only teenagers at the time and now I’m curious how these youngsters had been so dedicated to the Dharma and attend a Dzogchen retreat. They must have completed their Ngondro as a pre-requisite for attending.

More recently, the last time His Eminence Namkha Rinpoche came to Ari Bhod, we were attending a fire Puja and it was my turn to empty my plate into the fire. Somehow Michael saw that I was in danger of getting burned and very gracefully rushed in and helped me throw the substances into the fire. A magical moment for us both, I felt.

Over the past 22 years I have seen Michael at every event that I attended with His Eminence. He even came to Flagstaff, Arizona on two or three occasions. He was very devoted to His Eminence and a very serious practitioner. I often had the thought that he must be a hidden tulku to have been so magnetized by the Dharma at such a young age.

It’s so hard to think that I will not see his sweet face again smiling at me with his knowing grin.”

With Love and Gratitude,