The Four Foundations of Mindfulness 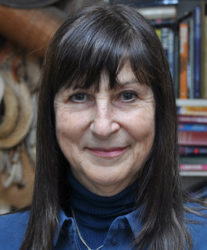 This weekend will enable participants to delve into the origins of Mindfulness, as defined and taught within the tradition of Buddhist psychology, with ‘The Four Foundations of Mindfulness.’

With Geneviève Hamelet, instructor of MBSR and President for the Association for the Development of Mindfulness (ADM) in France.

With the emergence of “full consciousness” programs, such as MBSR and MBCT, it may be particularly beneficial to dive into the source of Full Consciousness as it is defined and transmitted within the tradition of Buddhist psychology, with “The Four Bases of Attention,” or “Mahasatipathana Sutta,” the Great Discourse of the Buddha on the Establishment of Full Consciousness.

If these teachings and practices from the Sutras are still so striking for our modern world, it is because it appeals to the universality of our humanity, whatever the epoch, the culture or the spiritual tradition to which we belong .

Indeed, the Buddhist approach is a holistic approach to being in its philosophical and psychological aspects, in conjunction with religious practices.

These four areas of exploration consist of a real investigation of the nature of reality, starting from the body to gradually penetrate the nature of phenomena.

These two days will be devoted to study and practice, focusing on the direct experience of this natural quality of attentive presence or Full Consciousness, through the four areas of exploration that are: body, feelings, mental states, and phenomena.

She teaches meditation at the Tarab Institute, where she graduated in 2005 from Semrig Thablam Mawa (STM) in “Internal Science of the Spirit and UD Phenomena,” an approach to Buddhist psychology, created by Tarab Tulku Rinpoche and Lene Handberg, to promote the universality of ancient Indo-Tibetan spiritual wisdom in the modern world.

She is also a Certified MBSR instructor (Mindfulness Based Stress Reduction Program), trained at CFM-UMass Medical school, where she is also instructor. She was also trained in MBCT in 2008.

She has been a member of the selection and organizing committee of ESRI 2016: “European Summer Research Institute” of Mind & Life Europe, and participates in the FBT CA to organize visits and teachings of the Dalai Lama in France.