The Satipatthana Sutra – How the Buddha Taught Mindfulness 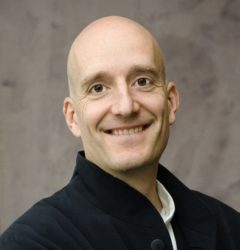 An experiential perspective from Early Buddhism

Mindfulness is en-vogue. While Mindfulness is being adopted by the modern world, many of the more subtle and critical aspects of the practice are overlooked and being lost.

Very few know where Mindfulness comes from, how it was understood in the context of Early Buddhist practice, in which larger context mindfulness was practiced, and to what end.

The Satipatthana Sutra is well known as the main source for Buddhist teachings on mindfulness and its place in the Buddhist path, and is hailed as the direct path to realization. In this short retreat, we will use Bhikkhu Analayo’s translation of the Sutra, in conjunction with his instructions on how to practice, with the aim to explore deeper the original source of Mindfulness and benefit from its power for deep transformation.

Diego Hangartner completed his studies in pharmacology at the ETHZurich, specializing in psychopharmacology and addiction. He lived for 11 years in Dharamsala, India, learned Tibetan, and studied for 7 years at the Institute of Buddhist Dialectics in the Tibetan language. He has completed multiple meditation retreats of several months, worked as an interpreter, translating Tibetan into many languages, and published several books. On returning to Europe, he taught widely, and organized many large events with His Holiness the Dalai Lama. He participates in research aimed at exploring the benefits of meditation as a long-term practitioner.

His teachers include His Holiness the Dalai Lama, Khamtul Rinpoche, Jigme Khyentse Rinpoche, Mingyur Rinpoche and Bhikkhu Analayo – with each spending many years of close study.